There are a lot of ways to exchange information between two systems written in different technologies. The first way is using CSV (comma separated values): it is a simple text file (in windows is opened by excel) that contains a table having fields split by a fixed character specified before than this file is written. There are a lot of libra [...]
READ MORE
Leave a Comment

Enterprise Java Beans and all J2EE 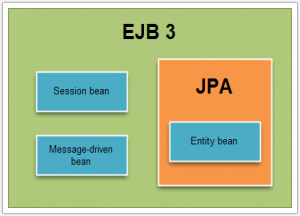 This is a schema of a simple java application     1 Presentation layer The presentation layer is the software to show web pages and to allow the user interaction it is a http client called browser (for example mozila firefox or google chrome or microsoft internet explorer) this software executes a http request and processes the res [...]
READ MORE
Leave a Comment

The first way invented to allow at computer client to call a remote method present on the computer server was RMI, after was created the middleware CORBA and now the most used way to make the communication between client and server is web services.   A middleware is another layer of iso-osi that is over the fourth layer (transport) and h [...]
READ MORE
Leave a Comment

The most largely used architecture for web applications is “Client server” and the communication between both participants is the following: Client sends a request to the server which will process this data and sends the response Typical Example is google: when you search a word, the server answers to your question and sends the r [...]
READ MORE
Leave a Comment 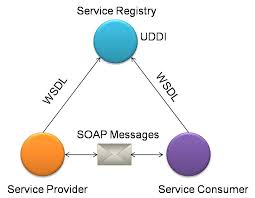 Yesterday I added to my Java project (temporany name: “AffittaVetrina”) three important technologies: JPA (Java persistence API)  is a specific ORM (object relational mapping) for JAVA this technology is used for mapping the table of DB in java classes that are also serializable, for these reasons jpa is used with web services. Th [...]
READ MORE
Leave a Comment 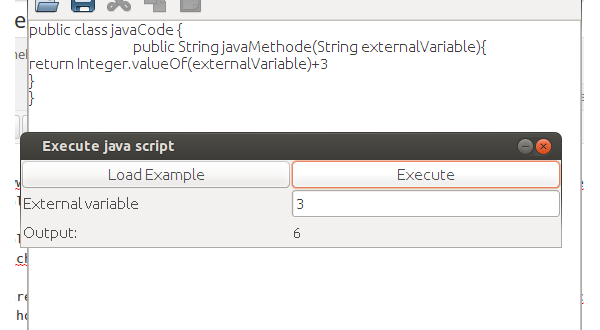 Now in my encryptable notepad is possible to execute java code from string!!! you can edit java code and execute it at runtime!! To execute this function it is necessary to lunch my notepad (see this page) and select the following menu: “edit”->”execute java code” in witch you can press the button to show an exampl [...]
READ MORE
Leave a Comment
Login
Recent Posts

the website doesn't exist. Ara you a robot? In any case it's difficult that an automatic system writes a comment here since there are two captchas...

Hello there! This is kind of off topic but I need some guidance from an established blog. Is it very hard to set up your own blog? I'm not very t...

We are a group of volunteers and opening a new scheme in our community. Your web site offered us with valuable information to work on. You've done a...
Archives

Register | Lost your password?
| Back to Login
We use cookies to ensure that we give you the best experience on our website. If you continue to use this site we will assume that you are happy with it.Ok